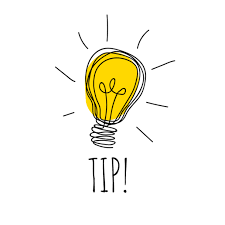 In 2018, a Leiden project group has come up with nine golden rules which could make life much easier for both PhD’s ánd their supervisors:

Interested in the background of the project group and in what they mean with these nine golden rules? Download the attached file (see below) or continue reading here…

In 2018, Leiden University organized a survey of its personnel to investigate employee satisfaction on a broad range of topics. The PhD candidates were included in this survey but were also asked to fill in a separate questionnaire aimed at their specific position in the University. This “promovendimonitor” revealed that, overall, PhD candidates were quite satisfied. However, there is a substantial contingent who is deeply unhappy. Many issues are involved here, but the supervision they receive seems to be the biggest one.

It is important to realize that this unhappiness or dissatisfaction may well be a problem that existed already for many years. The 2018 survey made it become apparent by probing the PhD candidate’s experience more extensively.

Around the same time, the matter of a PhD candidate’s well-being was addressed by a number of widely read international journals such as Nature and Science.[1] In various columns in these journals, as well as in the CWTS Leiden research project, a rather bleak picture was painted of the life of a PhD candidate, focusing on stress, burn-out and psychological complaints. Such pictures were picked up by several national newspapers, such as NRC and Trouw, thereby greatly increasing its visibility.

The Board of the University has recognized the importance of this issue. Independent thereof, members of the board of the PhD associations (LEO and LAP), the PhD representative(s) in the University Council and several/ people originally involved in setting up the “promovendimonitor” joined forces to address this point, based on their own experiences and wisdom.

Our project took off in September 2018, and over the following months, our ideas took shape, namely, to come to a set of “Best Practices for PhD supervision”. Our discussions showed that due to the absence of a clear job description, it is difficult for both parties, PhD candidates and supervisors alike, to know what is required of them and what can be expected from the other party. Explicit and official guidelines will bring transparency for both sides, thus making it easier for supervisors to focus on their responsibilities and encourage PhD candidates to take initiative and ask for needed support.

Our aim was to produce a concise document containing clear standards. Each of these standards are expanded into one or two sentences, adjusted to the positions as a supervisor or supervisee. And each of these is described further to make them applicable in practice.

This best practices document is the result of extensive discussions amongst ourselves and with various stakeholders. We believe each and every standard is important. We do not touch on the issue of scientific integrity since we consider that fundamental to everyone’s actions. We hope that these standards become a tool for improving the supervision experience of PhD candidates at Leiden University. It is a “living” document and the tools it provides should be reviewed in due time.

[2] Such as the Leiden PhD Career Platform (https://phdcareerplatform.universiteitleiden.nl/en/).

Only one week left to submit your proposal for #JURE2022! We hope to welcome you in Porto, so make sure to submit by midnight CET on the 20th of January! Find out more at http://EARLI.org/JURE2022