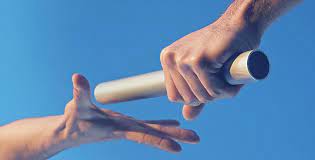 In September 2022 it is time to rotate and pass the baton: ICO will move to a new host university, from Maastricht University to Utrecht University. Form September onwards, ICO will be embedded in the department of Education of Utrecht University. The past months the ICO Board members have worked on updating the contract between all participating universities (the “Gemeenschappelijke Regeling”) for the period 2022-2028, which will be signed by the Executive Board or the Dean within all connected universities before the Summer.

The switch of the host university also involves changes in the daily management of ICO: Liesbeth Kester will take over the role of Scientific Director of ICO from Diana Dolmans, who has vividly fulfilled this role the past 6 years. We would like to thank Diana for the way she has worked on the strengthening of the Educational Sciences within the Netherlands and Belgium during the past years.

We are looking for a PhD student for our project “How teacher dashboards support the development of primary school
students’ self-regulated learning skills”! https://www.uu.nl/organisatie/werken-bij-de-universiteit-utrecht/vacatures/promovendus-onderwijswetenschappen-1-fte